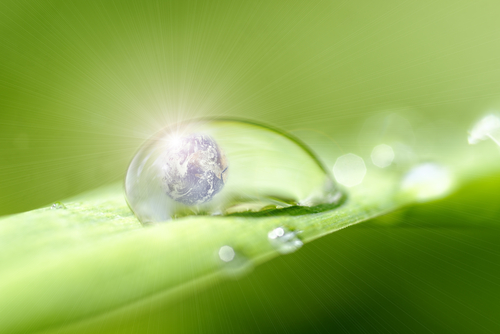 The development and production of renewable propane has skyrocketed in recent years. One significant reason for this growth is the availability of its feedstocks, which include animal and plant oils and materials that most consider to be waste.

In Europe, renewable propane producers have been working in tandem with biogas (also called renewable natural gas) companies to put food, agricultural, human and animal waste products to use creating renewable energy. In the process, they are making substantial strides at reducing methane emissions.

The difference between propane and methane

On a molecular level, propane consists of a chain of three carbon atoms bonded to eight hydrogen atoms. Methane’s molecule consists of one carbon atom bonded to four hydrogen atoms. This makes a difference in terms of the two products’ physical properties. Methane must be cooled substantially to take a liquid form. Propane becomes a liquid under pressure at a much higher temperature.

This is why natural gas (which is primarily composed of methane) exists in a gaseous state and must be transported in a utility’s pipe grid, whereas liquid propane can be transported in trucks, rail cars and cylinders. Propane also burns at a much higher temperature than methane, producing more than double the Btu output per cubic foot.

One concerning issue regarding methane is that it is more than 80 times more potent than carbon dioxide at trapping heat in the atmosphere. In addition to fuel extraction, livestock farms, landfills and the microbial activity in wetlands contribute mightily to methane emissions. It’s not possible to remove methane from the planet altogether.

But there are ways to lower methane emissions in the service of renewable energy.

How Europe’s energy producers are committing to methane reduction

Diverting organic waste away from landfills can lower the release of methane. Putting it to use generating biofuel, renewable propane and biogas has the benefit of replacing less green heating products used in homes, businesses and on our roadways.

In Europe, many of these renewable energy products are called “off-grid renewable gases” because they can be distributed without a utility grid. These fuels are insulated from grid dependability issues and can more easily serve poorer, rural households that don’t have access to a utility.

Reducing methane emissions has immediate environmental benefits. The technology already exists to convert methane-emitting waste into biofuel, biogas and renewable propane. Currently, 150 nations have committed to the Global Methane Pledge, which aims to “reduce global methane emissions at least 30 percent from 2020 levels by 2030.” These nations include the U.S., the United Kingdom and the European Union.

Speaking at a recent World LPG Association (WLPGA) roundtable, Charlotte Morton, OBE of the World Biogas Association noted that, although Europe remains a prime hub for methane reduction in the service of creating biofuels, she sees potential growth in the United States. Citing the passage of the Inflation Reduction Act, Morton believes there are growing incentives coming from American policymakers.

What this means for renewable propane

Renewable propane is produced with similar feedstocks to biofuel and biogas. We believe the renewable propane and other innovative blends will be America’s most widely available, affordable carbon-neutral energy solution. Producing them will be a crucial component in reducing methane emissions.

Sophia Haywood is the Advocacy and Communications Manager for Dimeta, a company that advances the production of renewable fuels, including recycled carbon Dimethyl Ether (rDME), which can be blended with conventional propane and markedly lower its carbon intensity. Speaking at the WLPGA roundtable, she was optimistic about the industry’s embrace of renewable technologies.

“We need a solution that will work for the industry, as well as households, businesses and policymakers,” she said. “I think we’re all headed in the right direction — we just need to keep up the momentum.”

You can learn more about renewable propane’s role in a cleaner, more sustainable future here.