Propane producers, marketers, and researchers respond to demand for RPG 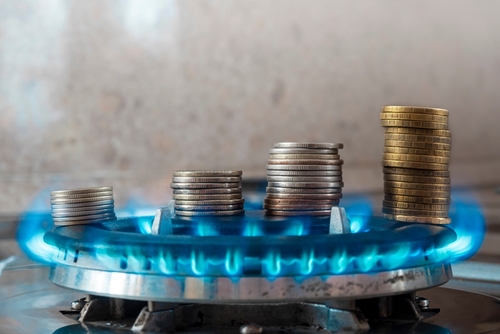 Although renewable propane gas has been on the market for less time than biodiesel and several other renewable fuels, it’s developing at an astonishing pace both in terms of research and production. The U.S. energy sector is taking notice and making substantial investments in renewable propane’s future.

One significant example of this investment came in January 2022, when UGI Corporation, the international energy conglomerate, announced it had entered into a 15-year agreement with California-based renewable technology firm Vertimass. Vertimass provides catalytic technology to convert renewable ethanol into fuel. UGI Corp. expects to build and operate multiple fuel production facilities for domestic and international distribution in the coming years. Roughly half of the capacity from these facilities can produce renewable propane.

The Vertimass partnership was part of a multi-pronged strategy from UGI Corp. to increase its renewable propane production. In February, UGI’s subsidiary AmeriGas Propane signed an agreement with Global Clean Energy Holdings to buy and distribute renewable propane.

These bold moves from a large energy company with propane distribution channels in the U.S. and Europe demonstrate the growing demand for renewable propane.

Renewable propane demand in the U.S. and Europe

An estimated 20-25 million gallons of renewable propane are marketed in 16 states nationwide each year. While most of this fuel goes to transportation, there’s a growing desire to see it incorporated for use in US homes, farms, and businesses.

The same can be said for Europe. In 2018, Neste Corporation, an enormous renewable fuels producer, delivered its first shipment of 100 percent renewable propane from a dedicated facility with a capacity of 40,000 tons per year. This fuel powers vehicles, homes, and businesses throughout the continent.

Europe provides an incredible opportunity for UGI Corp., Neste, and any other energy company that wants to produce and market renewable propane. At present, roughly 40 million European households sit in rural areas that the natural gas grid doesn’t reach. Many of these homes rely on older, dirtier oil-based systems. Switching only 1 million oil households to renewable propane could eliminate up to 5 million tons of carbon dioxide emissions.

Lots to opportunity for biorefineries

A recent study by the U.S. Department of Energy’s National Renewable Energy Laboratory found that biorefineries could increase their returns by selling renewable propane instead of using it in-house. Their initial capital expenditure could be recouped in as little as two months. By selling their renewable propane to marketers, these biorefineries may also be able to take advantage of renewable fuel credits.

The fuel producers pivoting toward renewable propane are seeing attractive growth potential. Roger Perreault, President and CEO of UGI Corp., stated that the partnership with Vertimass will “deliver significant renewable LPG for our customers as well as bring investment opportunity to interested stakeholders.”

As of today, U.S. biorefineries could potentially produce 50 million gallons of renewable propane each year. With renewable propane as a crucial tool, the propane industry continues to drive decarbonization with considerable financial growth opportunities.

We want to hear from you! If you have questions about renewable propane, please reach out to us.